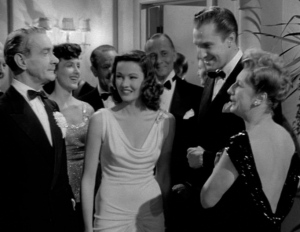 If they were not so deplorably weak, ineffectual and almost clownish, we would perhaps call them the minor villains of the film. Judith Anderson (Ann) had indeed been a full-size menace in REBECCA, and would also be a memorable opponent in Anthony Mann’s noir western THE FURIES, where Barbara Stanwyck defaces her with scissors. Here she’s decidedly minor league – a rich, bored society woman grabbing at the first boy toy who comes along, and not above stealing him back on the rebound from her “dead” niece (who had, let us not forget, done the same to her weeks before)

Ann is the kind of character Preminger might have known during his first years in New York, when he was moving in such pseudo-brilliant spheres. She’s the first of a cohort of bitter, middle-aged women such as Barbara O’Neil in WHIRLPOOL (where her mirror scene with Tierney is a replica of LAURA’S), ANGEL FACE, Jean Kent in BONJOUR TRISTESSE, and others. As if taking on the director’s mantle, McPherson delights in stripping her of her artificial dignity by forcing her to reveal her arrangements with Shelby in the presence of Waldo. Ann’s humiliation reaches a peak when both men deride her feeble explanations. 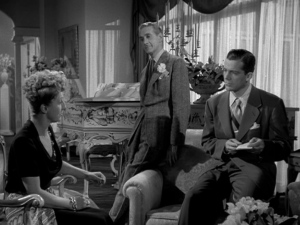 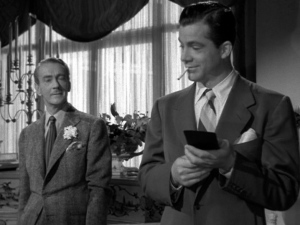 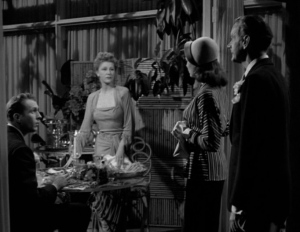 Ann knows (and tells Laura in a rare moment of candor) that she’s not a “nice” person. 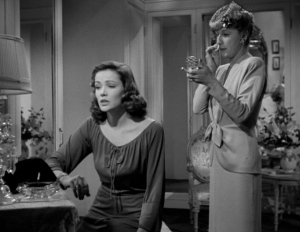 Opportunistic and immoral are epithets that would also apply to Shelby, which makes them… a perfect match. 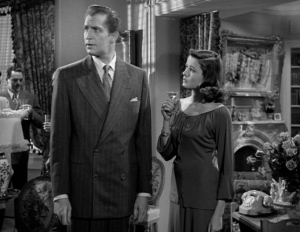 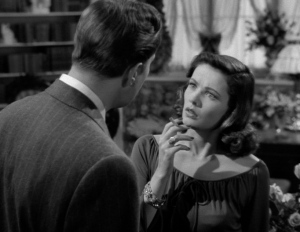 Right after that beautiful, vicious, confrontation between them, poor Shelby gets his comeuppance when Mark punches him in the stomach, sending him reeling into Ann’s waiting arms. After that final blow, we won’t have to spend more time in the company of that lackluster couple, who managed to fool for a while the too-generous, sentimentally vulnerable and still unschooled Laura. 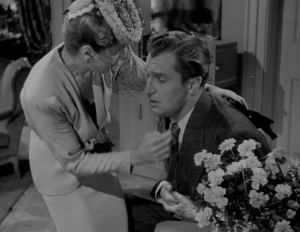