Azadia Newman is a name that may ring a bell for only a handful of cinephiles.  She is the unlucky creator of a portrait that would have ensured her fame throughout the world: the original portrait of Laura Hunt, which was rejected by Preminger.

“Newman, born in Washington, DC on Jan. 16, 1902,  studied at the CGA, ASL in NYC, PAFA, and Critcher School of Painting & Commercial Art. In 1936 she settled in Los Angeles where she painted many portraits of movie stars Joan Crawford, Janet Gaynor, and others. She died there on Feb. 19, 1999.” 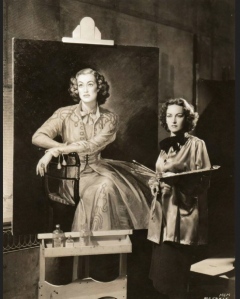 Azadia Newman next to her painting of Joan Crawford for THE LAST OF MRS. CHEYNEY (1937)

The most telling detail of that obit looks like an afterthought : “She is also was wife of theater-film director, Rouben Mamoulian.” It’s easy to guess why Preminger would decide to erase ALL traces of Mamoulian’s work on “Laura” ; that particular rejection may very well have been the most humiliating affront to the original, unlucky director (not yet married to the artist.)

FROM PHOTO TO PAINTING

In order to fully capture the radiance of HIS Laura Preminger asked for a large photography of Gene Tierney which was then poster painted. Laura’s pose and attire were to be conventionally romantic in this painting meant to be the work of a minor artist. The presence and “aura” of Tierney and her Laura were nonetheless spellbinding. Laura, under McPherson’s gaze; became a potent, poignant symbol of loss – one that would inspire an urgent, irrepressible desire to bring her back from the dead. 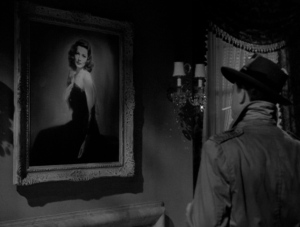 Before “resurrecting” in her salon, facing an incredulous, drunken and half-asleep McPherson, Laura had exerted her considerable charm in a wildly different series of situations. She’s introduced as a lowly employee at the ad/pub agency “Bullitt & Co.” – the only one brave and naïve enough to solicit Waldo’s endorsement. In a cruelly funny scene, the silver-haired misanthropist delights in humiliating her, until her ravishing looks, her stubbornness and candor urge him to make amends. In a few weeks, Laura becomes the talk of the town, and Waldo’s most cherished possession. This is really the core of their emotional journey, captured in one of the most exquisite and moving montages ever seen on screen. In a quick succession of dolly shots and dissolves, the film offers us a kaleidoscopic vision of Laura working, addressing her administrators, dining with rich clients, dancing with Waldo, acquiescing to his choices of her new dresses and hairdo’s, listening with rapt attention to his prose. The old mentor would have given ten years of his former, sterile and loveless life for such devotion… but reality, unavoidably, invades his exalted dreams. 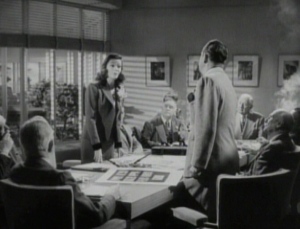 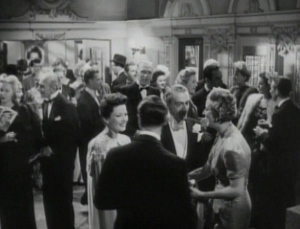 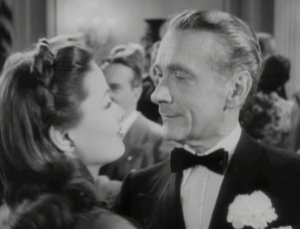 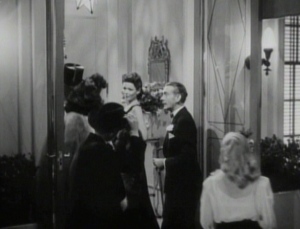 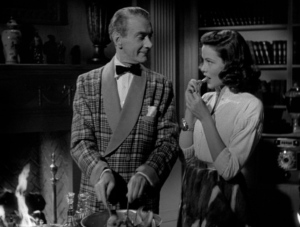 Why Laura falls for a phony like Shelby is the question most viewers are bound to ask. Could the “southern charm” oozing from a rascally Vincent Price – not yet given to self-parody – win over a charming, presumably sophisticated, 24-year old girl? Waldo offers an easy explanation when he lashes out at Laura’s weakness for “lean, muscular” bodies. But this is exactly what a jealous, dried-out, desperately inadequate suitor could say, and we should not expect a serious “diagnosis” from him.

Let us instead turn back the clock, rewind our “mental moviola”, re-enter the Algonquin, and marvel again at the gauche, lovely provincial girl shyly approaching her future mentor. Was there something to be loved, apart from her spontaneity and considerable grace? Some hardened viewers doubt there ever was ; opinions differ in such matters, no use arguing… Let us then review her brief, meteoric ascent. Not much room for doubt, there : Preminger’s magic works speedily, and at the end of his montage few will doubt Laura’s fabulous potential.

Close to five years elapse meanwhile, many things happen in a woman’s life, among them a few love affairs. “There were others, of course”, says quickly Waldo to McPherson, instilling in his mind the potent and sweet poison of necrophilia.

And now we come at Shelby’s entrance which will definitely upset the platonic romance Waldo  and Laura enjoyed from the start. The protégée has  matured, and she means to use her considerable self-confidence and power. She’s ready… and makes a stupid error of judgment in believing she can reform a lazy gigolo. Waldo suffers in silence, watches, and strikes back with a vengeance. He’s about to explain his real motives, his deep, untold love for Laura, but she brushes him off. End of Shelby and end of Waldo’s dreams. Whatever will happen during that tragic week-end, he’s lost Laura forever.

Laura’s apparent death leaves a deep scar in the hearts and minds of three men : Waldo, her mentor, devastated by grief and remorse ; the vain Shelby who thinks SHE killed his latest conquest ; Mark McPherson, who becomes infatuated by her radiant image.

Laura’s “resurrection” spins a new story, where she has to reconsider her relations to Waldo and Shelby, while Mark becomes an expected suitor. Laura, under heavy pressures from all sides, must fight doubts, allegations, suspicions. A new persona emerges as she relinquishes both the pitiful Shelby and the dictatorial Waldo.

She will not even flinch under McPherson’s brutal questioning, and force HIM to reveal his real amorous motives. No small victory, indeed, but is this enough to explain her  sudden attraction for the unpolished detective? Her own “reasons” will never be clarified. The writers left a wide gap, bound to frustrate the viewer and invite to endless reveries, fascinations and speculations. 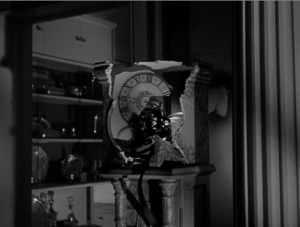